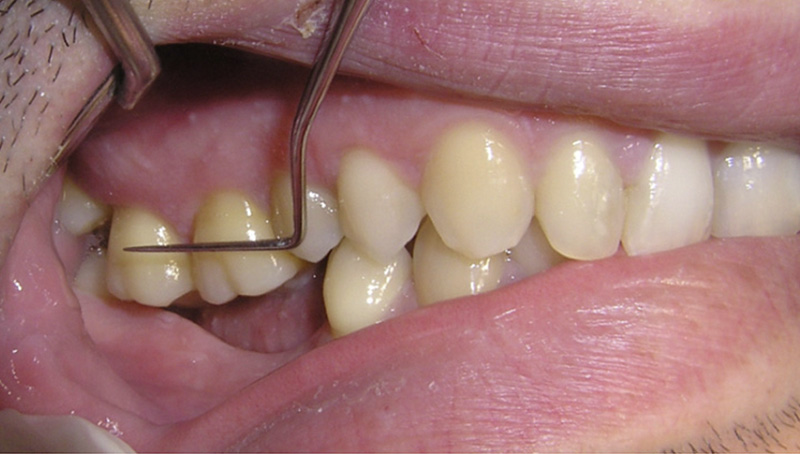 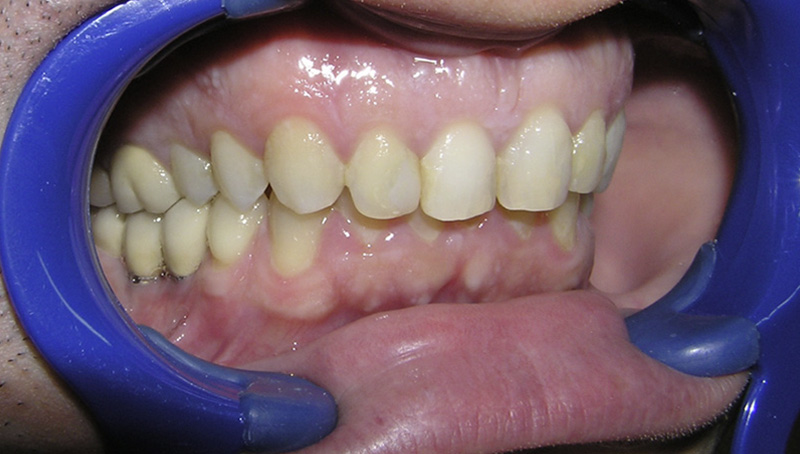 After
Request an appointment

The patient, at the age of 32, came to the clinic especially for functional reasons because he had suffered multiple teeth extractions on the right side of the mandible and he was not able to eat on that side. He also had non physiognomic restorations on the upper front teeth that we have replaced after the patient whitened his teeth with the help of whitening trays. The case was more complex than it seemed at the first sight because the upper antagonistic molars of the edentulous breach migrated vertically so much that they touched the gum of the edentulous breach and the gingival margin was 7-8 mm lower than normal. We have explained the patient that if we have reshaped the teeth in this situation it would be impossible to make enough space for both lower and upper teeth.  Also the gingival margin would have led to upper unnatural short teeth.

So the only solution was, as a first step, to perform the crown lengthening surgery for the two upper molars. The excellent aesthetic result could have been observed after just one week – the gum healed and the gingival margin was redone. Also the crowns of the molars have significantly lengthen and it was possible to reshape them, still remaining at normal height. For the lower arch we opted for dental implants with ceramic-fused-to-metal crowns. At the end the mastication and the aesthetics were improved, the patient being pleased with the result.