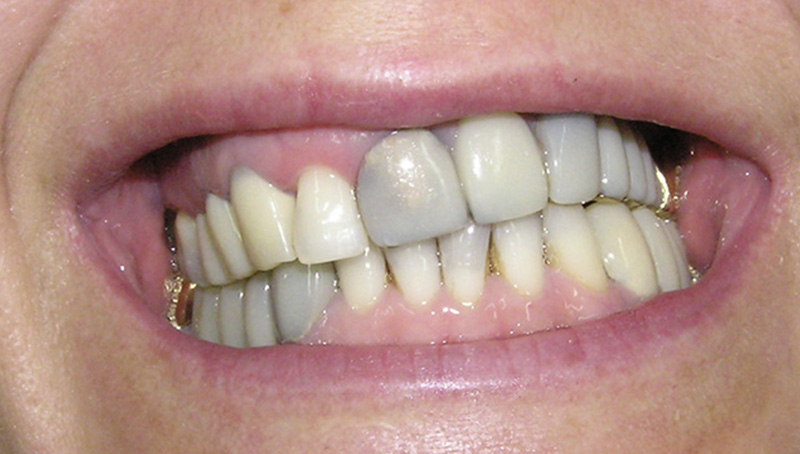 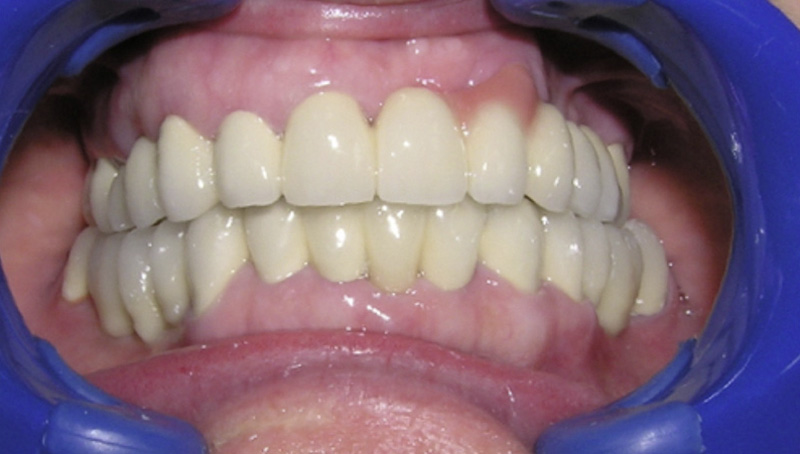 After
Request an appointment

Severe aesthetic problems and also functional problems brought the 39 year old patient, who was living in Holland, to our clinic. The case was very difficult, maybe the hardest of all encountered cases. The old prosthesis, which surprisingly it was made not more than two years before and which had a lot of defects, caused a major asymmetry of her entire face. Removing the prosthesis I understood the causes of this non-physiognomic asymmetry: the patient suffered of anodontia for the lateral incisor, in her youth the patient suffering multiple unsuccessful surgeries and orthodontic treatments, and at that moment the lateral incisor was in the middle of the maxilla and the interdental relations were far from the accurate situation from both physiological and functional points of view. Also, the left canine presented an advanced gum recession and it would have looked really bad at this length with porcelain fused to metal crown.

The treatment was made with the help of two full porcelain fused to metal bridges thereby restoring the right occlusion (bite) and also the physiognomic aspect. We practically had to redivide the space careless the position of the patient’s teeth, leading to situations when her teeth were between the prostheses instead on the prostheses spots. This was possible only after an accurate and careful reshaping of the existing teeth. So the exaggerated length of the canine would not ruin the aesthetic result, the area of teeth that exceeded the normal length has been reconstructed of pink ceramic, a color similar to gum.

The case was even more difficult considering that we worked against the clock because the patient had already bought the plane ticket for her return to Holland, the treatment plan being complete in just three and a half weeks!!! The result was extraordinary, the patient being more than content.